Standard Name: Woolf, Virginia
Birth Name: Adeline Virginia Stephen
Nickname: Ginia
Married Name: Adeline Virginia Woolf
Thousands of readers over three or four generations have known that Virginia Woolf was—by a beadle—denied access to the library of a great university. They may have known, too, that she was a leading intellect of the twentieth century. If they are feminist readers they will know that she thought . . . back through her mothers and also sideways through her sisters and that she contributed more than any other in the twentieth century to the recovery of women's writing.
Marcus, Jane. “Introduction”. New Feminist Essays on Virginia Woolf, edited by Jane Marcus, Macmillan, 1981, p. i - xx.
xiv
Educated in her father's library and in a far more than usually demanding school of life, she radically altered the course not only of the English tradition but also of the several traditions of literature in English.
Froula, Christine. Virginia Woolf and the Bloomsbury Avant-Garde. Columbia University Press, 2005.
2
She wrote prodigiously—nine published novels, as well as stories, essays (including two crucial books on feminism, its relation to education and to war), diaries, letters, biographies (both serious and burlesque), and criticism. As a literary journalist in a wide range of forums, she addressed the major social issues of her time in more than a million words.
Woolf, Virginia. “Introduction; Editorial Note”. The Essays of Virginia Woolf, edited by Andrew McNeillie, Hogarth Press, 1994, pp. vols. 1 - 4: various pages.
ix
She left a richly documented life in words, inventing a modern fiction, theorising modernity, writing the woman into the picture. She built this outstandingly influential work, which has had its impact on both writing and life, on her personal experience, and her fictions emerge to a striking degree from her life, her gender, and her moment in history. In a sketch of her career written to Ethel Smyth she said that a short story called An Unwritten Novelwas the great discovery . . . . That—again in one second—showed me how I could embody all my deposit of experience in a shape that fitted it.
Woolf, Virginia. The Letters of Virginia Woolf. Nicolson, Nigel and Joanne TrautmannEditors , Hogarth Press, 1980.
4: 231
Full profile 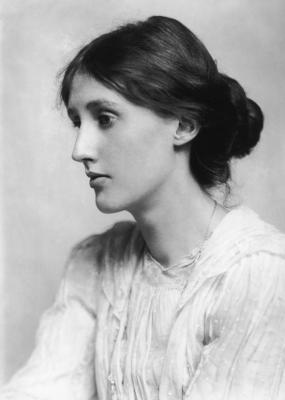 "Virginia Woolf, 1902" Retrieved from https://commons.wikimedia.org/wiki/File:George_Charles_Beresford_-_Virginia_Woolf_in_1902_-_Restoration.jpg. This work is licensed under the Creative Commons CC0 1.0 Universal (CC0 1.0) Public Domain Dedication license. This work is in the public domain. 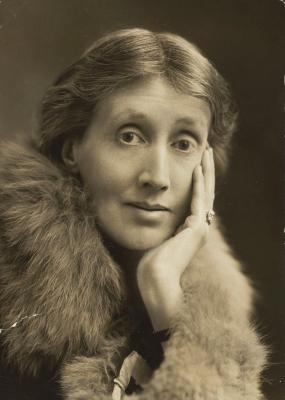 "Virginia Woolf" Retrieved from https://commons.wikimedia.org/wiki/File:Virginia_Woolf_1927.jpg. This work is licensed under the Creative Commons CC0 1.0 Universal (CC0 1.0) Public Domain Dedication license. This work is in the public domain.