Standard Name: Mathers, Helen,, 1851 - 1920
Birth Name: Ellen Buckingham Mathews
Married Name: Helen Buckingham Reeves
Pseudonym: Helen B. Mathers
Pseudonym: Helen Mathers
Pseudonym: H. B. M.
Pseudonym: N.
Pseudonym: The Author of Comin' Thro' the Rye
Helen Mathers won success at a young age in 1875 with her best-selling romance Comin' Thro' the Rye, a semi-autobiographical novel excoriating the destructive impact of Victorian patriarchal sexuality on domestic life. After the failure of her magazine The Burlington, for which she was editor and regular serial contributor, HM continued to write constantly to cope with mounting debt. She published more than thirty-five novels over three decades. Although her celebrity in the press, as a leader of fashion and producer of popular fiction, lasted till the end of the Victorian period, her popularity waned in the first decade of the twentieth century, when her books were repeatedly criticised for being derivative of the works of others.
Full profile 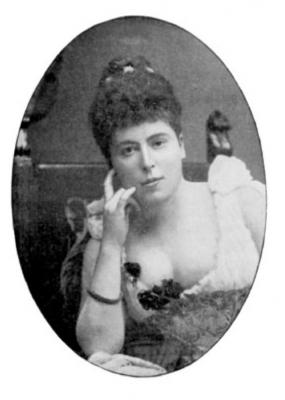 1898
The publishing firm of Richard Bentley and Son , dating from 1 September 1832, was sold for eight thousand pounds to Macmillan .
2 August 1898
The first recording sessions took place in a London basement at 31 Maiden Lane; gramophones had been shipped to Europe from Eldridge Johnson manufacturers (Camden, New Jersey) to coincide with this event.