Standard Name: Cixous, Hélène
Used Form: Helene Cixous
Married Name: Hélène Berger
HC , a French writer and academic, is best known to English-speaking audiences as a literary critic associated with French feminism of the 1970s and 80s, and as proponent of écriture féminine. She herself does not respect the distinctions between fiction, criticism, poetry, memoir, and other genres, and often blurs and blends them. Her writing set[s] up a relation of rivalry between poetry and theory
Conley, Verena Andermatt. Hélène Cixous: Writing the Feminine. University of Nebraska Press, 1991.
xii
—though she engages with the ideas of deconstructionist thinkers such as Jacques Derrida and Jacques Lacan , poetic freedom is, for her, ultimately the most important consideration. She is a prolific writer of fiction (ten novels alone), drama and poetry, as well as criticism and memoirs, mostly in French. Only a selection of her most important works is treated here.
Full profile 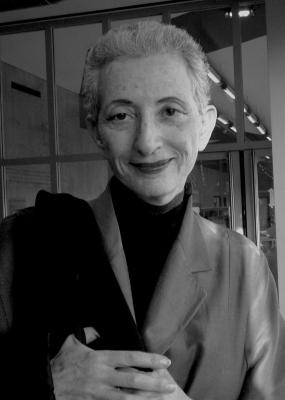 "Hélène Cixous" Retrieved from https://upload.wikimedia.org/wikipedia/commons/6/69/H%C3%A9l%C3%A8ne_Cixous_par_Claude_Truong-Ngoc_2011.jpg. This work is licensed under the Creative Commons Attribution-ShareAlike 3.0 Unported.