Standard Name: Pfeiffer, Emily Jane
Birth Name: Emily Jane Davis
Married Name: Emily Jane Pfeiffer
Mid-Victorian feminist EJP published during the latter half of the nineteenth century. She composed three lengthy narrative poems, six volumes of other poetry, a work documenting her travels, a play, a work of prose fantasy, and, for prominent periodicals, a number of essays. She was particularly admired for her work in the sonnet form. Recurring across various genres is her unflinching depiction of the stunting and even violent impact of marriage on women. Despite her versatility, the originality of her mature work, and the force of her social analysis, her strong critical reputation has waned steeply since her death.
Full profile 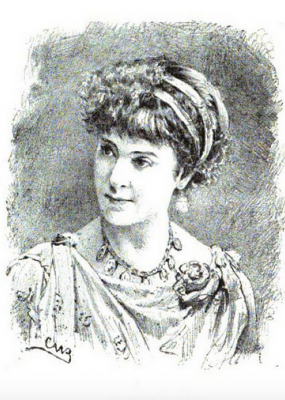 "Emily Jane Pfeiffer" Retrieved from https://upload.wikimedia.org/wikipedia/commons/4/41/Emily_Pfeiffer.png. This work is licensed under the Creative Commons CC0 1.0 Universal (CC0 1.0) Public Domain Dedication license. This work is in the public domain.