Standard Name: Bagnold, Enid
Birth Name: Enid Algerine Bagnold
Pseudonym: A Lady of Quality
Married Name: Enid Algerine Jones
Titled: Enid Algerine, Lady Jones
EB experienced both dazzling successes and spectacular flops in the course of her writing career, which spanned much of the twentieth century. Her best-known works are National Velvet (1935), popularized as a novel for children though it was meant for adults, and The Chalk Garden, a long-running play first performed in 1955. In addition to novels and plays, EB wrote a World War One memoir, two volumes of poetry, a children's book, an autobiography, and several articles (one of them notorious). Her works are often set in an upper-class milieu and make use of deliberately stilted language, eccentric characters, and absurd situations. While feminists must enjoy her unconventional female characters, especially older women and teenagers, her treatment of racial issues and homosexuality has caused offence.
Full profile 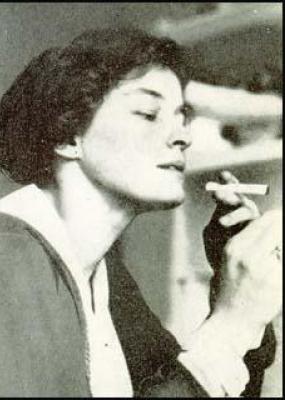 "Enid Bagnold" Retrieved from https://upload.wikimedia.org/wikipedia/commons/e/e6/EnidBagnold1910s.jpg. This work is licensed under the Creative Commons CC0 1.0 Universal (CC0 1.0) Public Domain Dedication license. This work is in the public domain.