Standard Name: Morris, Jan
Birth Name: James Humphry Morris
Indexed Name: James Morris
Styled: Jan Trefan
In the 1950s and 60s Morris was one of the most successful young British journalists, famous especially for an account of the conquest of Mount Everest. Identifying as a woman by 1972, Morris was already making a name as a travel writer, celebrating particularly the life of cities, a commentator delineating the political cross-currents of the Middle East, and a historian, especially of the British Empire. During the later phases of her career she consolidated her reputation for travel writing and also made her mark as a memoirist and experimented with fiction.
Full profile 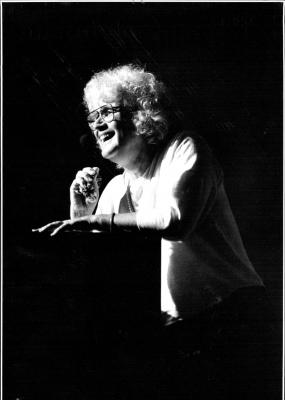 "Jan Morris" by Fairfax Media Archives/Contributor, 1992-04-07. Retrieved from https://www.gettyimages.co.uk/detail/news-photo/jan-morris-%C3%A2%C5%93i%C3%A2m-describing-sydney-as-i-see-it%C3%A2-a-word-news-photo/1080621292. This image is licensed under the GETTY IMAGES CONTENT LICENCE AGREEMENT. 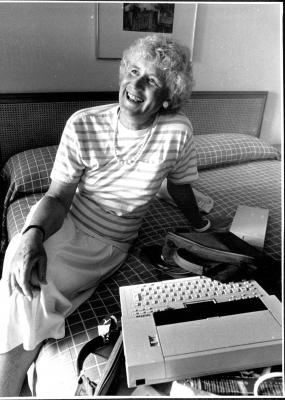 "Jan Morris" by Fairfax Media Archives, 1988-04-02. Retrieved from https://www.gettyimages.co.uk/detail/news-photo/jan-morris-english-writer-jan-morris-will-speak-at-the-news-photo/1080621508. This image is licensed under the GETTY IMAGES CONTENT LICENCE AGREEMENT.

1930
A Danish painter, Einar Wegener , who had always felt himself to be a woman as well as a man, travelled to Dresden for sex-change or gender reassignment surgery: removal of penis and testicles, insertion...