Standard Name: Greenaway, Kate
Birth Name: Catherine Greenaway
KG was a writer and artist who worked primarily at illustrating books for children during the Victorian era. Her career took off with the publication of Under the Window, a children's book of verse which she wrote and illustrated, and her work appealed strongly to the public. While highly successful as an illustrator, she longed for recognition as a writer. Her drawing style was admired for her romantic and charming depictions of children, while her prose was playful and quirky. She published works such as Marigold Garden, and best-selling almanacks, as well as taking commissions for illustrating other writers' works.
Full profile 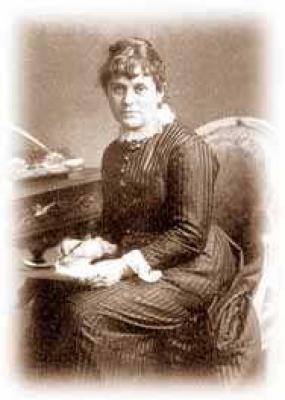 "Kate Greenaway" Retrieved from https://upload.wikimedia.org/wikipedia/commons/6/69/Kate_Greenaway00.jpg. This work is licensed under the Creative Commons CC0 1.0 Universal (CC0 1.0) Public Domain Dedication license. This work is in the public domain. 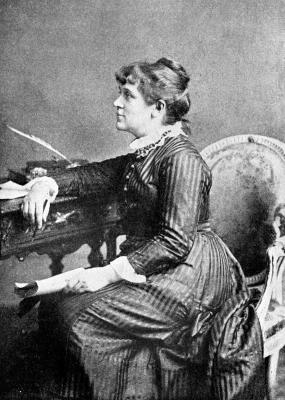 "Kate Greenaway" by Culture Club/Contributor, 1850-01-01. Retrieved from https://www.gettyimages.co.uk/detail/news-photo/kate-greenaway-1880-portrait-of-the-childrens-book-author-news-photo/171073882. This image is licensed under the GETTY IMAGES CONTENT LICENCE AGREEMENT.