Standard Name: Davis, Rebecca Harding
Birth Name: Rebecca Blaine Harding
RHD published in the later nineteenth-century United States over 500 works, including novels, short fiction, sketches, and social commentary that turned away from romanticism and sentimental fiction to a distinctively American, proletarian realism.
Lasseter, Janice Milner, and Sharon M. Harris, editors. “Introduction”. Rebecca Harding Davis: Writing Cultural Autobiography, Vanderbilt University Press, 2001, pp. 1 - 19.
2, 9-10
She also developed an extensive career contributing articles and stories to the periodical press. In the context of the turmoil over early feminism and the Civil War, and with the insight gained from her own struggles as a writing woman, she created stories about contemporary social issues that earned her the label, from Henry James , of the poet of poor people.
Blain, Virginia, Patricia Clements, and Isobel Grundy, editors. The Feminist Companion to Literature in English: Women Writers from the Middle Ages to the Present. Yale University Press; Batsford, 1990.
Howard, June. “What Is Sentimentality?”. American Literary History, No. 1, pp. 63 -81.
74
Owing to the extent of her ouevre, only a part of it is discussed here.
Full profile 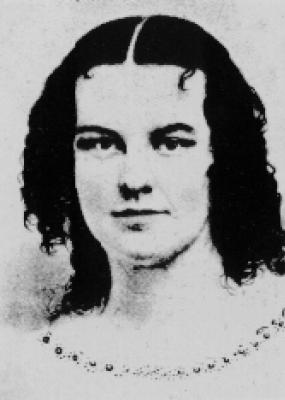 "Rebecca Harding Davis" Retrieved from https://commons.wikimedia.org/wiki/File:Rebecca_Harding_Davis.jpg. This work is licensed under the Creative Commons CC0 1.0 Universal (CC0 1.0) Public Domain Dedication license. This work is in the public domain.

9 November 1857
The first issue appeared of the US magazineAtlantic Monthly. It set out to provide articles of an abstract and permanent value, while not ignoring the healthy appetite of the mind for entertainment in...