Standard Name: Leonowens, Anna
Birth Name: Ann Harriett Emma Edwards
Married Name: Ann Harriett Emma Leonowens
Self-constructed Name: Anna Leonowens
Indexed Name: Anna Harriette Leonowens
Perhaps the most famous governess of all time, AL is better known as Anna of The King and I than for her literary achievements. She was an enterprising and independent world traveller—arguably a Victorian example of a hybrid colonial subjectivity—whose fictionalised memoirs and stories based on her time in Siam received substantial attention in her lifetime. Admired in their time for their anti-slavery rhetoric, they have recently drawn attention to the complex relationship between European women and empire. A public speaker, AL also produced other travel writing, journalism, and art criticism.
Full profile 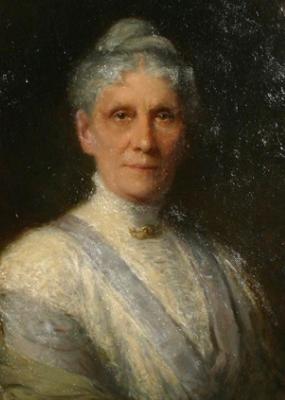 "Anna Leonowens" Retrieved from https://upload.wikimedia.org/wikipedia/commons/e/e8/Leonowens_Portrait.jpg. This work is licensed under the Creative Commons CC0 1.0 Universal (CC0 1.0) Public Domain Dedication license. This work is in the public domain.

9 November 1857
The first issue appeared of the US magazineAtlantic Monthly. It set out to provide articles of an abstract and permanent value, while not ignoring the healthy appetite of the mind for entertainment in...
1865
Emmeline Lott published The English Governess in Egypt: Harem Life in Egypt and Constantinople.. Different editions over the next few years, in England and the USA, used variant forms of the...