Standard Name: Smith, Zadie
Birth Name: Sadie Smith
Self-constructed Name: Zadie
ZS began publishing in the 1990s with short stories. Her first, acclaimed novel, White Teeth, appeared in January 2000, and much comment on it related it to the new millennium. Smith (whose criticism has also been well received) is a novelist in the comic tradition, steeped in the work of predecessors, and also an icon of the contemporary, who writes of multiracial societies though not directly of race, and for whom movies and television programmes are as resonant as books.
Full profile 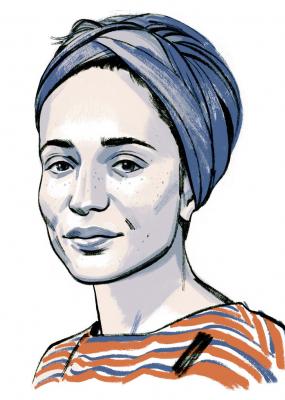 "Zadie Smith" Retrieved from https://www.flickr.com/photos/wolfgangkuhnle/30302326293. This work is licensed under the Attribution-NonCommercial-ShareAlike 2.0 Generic (CC BY-NC-SA 2.0)

16 October 1987
In the early hours of the morning a violent storm battered the south of England, with winds reaching a hundred kilometres an hour in some places.
December 2001
Women writers for the first time outnumbered men in the Guardian newspaper's annual listing of the fastest-selling paperbacks in Britain.
June 2003
The relatively obscure New Orleans writer Valerie Martin beat the young and already famous Zadie Smith and Donna Tartt to win the Orange Award for Fiction with her novelProperty.
February 2008
Award-winning British author Zadie Smith stirred up controversy by accusing most literary prizes of being only nominally about literature.
Smith, Zadie. “Breaking news: Short story competition result 2008”. The Willesden Herald.